SPORTING NEWS IS WORRIED ABOUT YOU, HOOSIERS

ARE YOU FEELING ALRIGHT? IS YOUR FOREHEAD WARM? I'VE NOTICED YOUR ROSTER HAS NO PROVEN TALENT OVER 6'8". DO YOU WANT TO TALK ABOUT IT?

Share All sharing options for: SPORTING NEWS IS WORRIED ABOUT YOU, HOOSIERS

Sporting News has dropped their predicted standings for the B1G this year and they've deemed Indiana to be the tenth best team in the conference.

Thankfully, it is 2014, and a tenth place finish in the Big Ten only makes you ... fifth last! Here's how the folks at SN see it:

I was initially shocked to hear Indiana was predicted to finish so low, but after seeing the teams placed in front of them, it became at least a little clearer why SN is so down on them. You can make a decent case that every team in front of the Hoosiers is better on paper, but I think there are so many unknown commodities in the league this year, that you can soundly argue IU to move up a few spots as well.
You're going to have a lot of unknowns at the start of any year, obviously, but it seems there is a lot more about the B1G we don't know than we do know, more than usual. Outside of Wisconsin, who returns a ton of the talent that got them to the Final Four last season, everyone in the conference has some serious question marks and where you rank them is based exclusively how well you think they can answer them.
In this case, Sporting News likely doesn't believe that IU's stacked backcourt can cover up for the lack of depth in the frontcourt. Which isn't outlandish to say. I do think that 10th is the absolute worst IU can finish with this roster at full strength, but still definitely within the realm of possibility. I think this point is better illustrated by placing the teams in tiers, much like I did yesterday in my bowl projections. Without further ado:

"Kick, TIER DOWN THIS LEAGUE."

The "These guys are gonna win the league and I'm gonna be real upset about it." Tier

That's it. I don't think anyone else in the B1G has the same combination of proven talent and coaching that won't need to lean on any new additions in order to be successful.
The "They'll compete for the title because they always compete for the title." Tier
Michigan State has lost EVERYBODY except for Branden Dawson. But as long as Izzo is at the helm, they're always getting the benefit of the doubt. I wouldn't bet on them finishing second, but that's not beyond the realm of possibility. Hell, they'll probably start like 0-4 and then win it all or something extraordinarily dumb like that.
Ohio State begins life after Aaron Craft but it's not life after Thad Matta, meaning they'll probably be fine. If you'll notice the trend in this tier, it's schools that have significant departures from the previous season but proven coaches still in place. For example: did you know Michigan's frontcourt this season is comprised ENTIRELY of freshman? There's no question they are loaded with talent in the back (Caris LeVert, Zak Irvin, etc.) but they've got questions to answer up front, much like the Hoosiers. They're in this tier because of Beilein. Unrelated (but kind of related): John Beilein is 5-6 against Tom Crean, HATERS.
The "Nebraska" Tier
I think Tim Miles is a good coach. I think the Cornhuskers returning talent is top notch. I JUST CAN'T BELIEVE THEY'LL DO IT AGAIN. I can't do it yet, anyway. I think they're a good team and I think that New Year's Eve date in Lincoln is an absolute nightmare way to start IU's B1G campaign but I can't put them in either of the above tiers until I see more. I know they've improved each year under Tim Miles, but do it for one more year and the benefit of the doubt is yours forever, Tim. 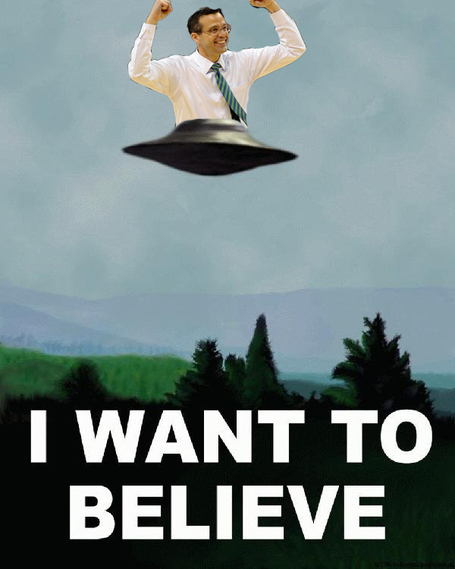 The "Y'all Gonna Make a Mess of This League, Aren't You?" Tier

This tier is named as such because these five teams are probably the most volatile of any in the B1G. Some teams have question marks while these guys are full-blown Sphinx riddles. All these guys have at least one, but not all, of: talent / experience / coaching, that is good enough to win the league but are missing too much else to be considered "contenders." They certainly could push for a title, because the B1G is a horrifying land of nightmares and ghouls, but it's more likely that these teams will be up and down all year. Knocking off Wisconsin one day, losing to Northwestern the next.
Oh God.
This is the crux of my argument about IU's placement in Sporting News' rankings. If they finish behind all the teams in this tier, yes, they're tenth, but I believe that is just as probable as them finishing at the front of this tier. Which would mean 6th place, and that's likely the difference between the Big Dance and all the other horrible non-NCAA Tournament ways your season can end.
The "They've Answered All the Questions and the Answer is No" Tier
I think it's close to a consensus that these four aren't going to be making any huge push into the the top half of the league. I also can't wait until we lose to one or two of these guys this year.