Earlier this week, I gave a few Rutgers and Maryland bloggers a test about Big Ten history and culture. Let's see how they fared.

Share All sharing options for: Big Ten Trivia Challenge: Putting Rutgers and Maryland to the Test

At the moment, Rutgers and Maryland have been Big Ten members for a full ten days. And neither school has done anything too embarrassing yet, so congrats to both! Already, the writers from On the Banks and Testudo Times, SB Nation's excellent Rutgers and Maryland blogs, have done a fine job of answering questions about their schools and what they bring to the table to the B1G (other than TV sets). However, for an introductory Q&A post with the Terrapins and Scarlet Knights, I decided to do something different. 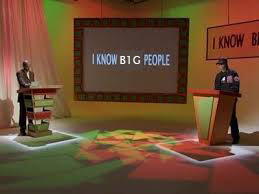 That's right - I decided it was time to put their knowledge of our conference to the test, and answer some questions about us. I invited the good folks from On the Banks and Testudo Times to take part in what I like to call the Big Ten Trivia Challenge. In this challenge, I tested the knowledge of these bloggers over four categories: Tenuous Conference Connections, Conference Membership, Big Ten Culture, and Indiana Questions (since this is an IU blog after all). From Testudo Times, we had Pete Volk and Dave Tucker participate, and from On the Banks, we had Kevin Recio and rvc73 give it a shot. Thanks to everyone at both sites who participated - I owe you all a pork tenderloin the next time you're out here.

Time to find out how they did, and to determine which school is more B1G-ready! (Answers are in parentheses after the questions, and my comments are in italics)

1.     We know that Maryland's mascot is a type of turtle. What two Big Ten schools play for a wooden trophy that is in the shape of a turtle? Hint: they're now in different football divisions so the rivalry will no longer be annual. (Ohio State and Illinois)

Dave Tucker: I know this one! I just read about it recently. The answer is Illinois and Ohio State.

Kevin Recio: Ohio State and Illinois, for the Illibuck trophy? Not sure why I think that is in the shape of a turtle.

rvc73: This is very disturbing....I know this answer.  God only knows why.  Jeopardy, maybe?  Ohio State and Illinois.  Although with a turtle, I figured Michigan should be in the match up.

2.     We know that Rutgers won the first-ever football game in 1869 over Princeton by the score of 6-4. Proving that the sport didn't evolve too much over the next 135 years, which two Big Ten schools played to a 6-4 final score in 2004? (Penn State and Iowa)

Dave: I'd be inclined to say Indiana and Northwestern based on what I've been told about the B1G, but I know the real answer is Iowa and that school from Pennsylvania.

rvc73: Wow, and you wonder why some people say Big Ten football is boring.  I think there was a World Cup game that had a higher score.  Two safeties?  Really?  And the answer?  Not a clue, although I hope both offensive coordinators are calling plays for somebody we play this year.

3.     Both your schools have a natural rival in nearby Penn State. How many total combined wins in football do Rutgers and Maryland have in their history against the Nittany Lions? (Three)

Dave: I believe that answer is three. And Rutgers has two of those three, which makes that fact even worse.

rvc73: We have two, the Twerps probably have a few more since I believe they've played them more.  I'll guess a total of seven.

I'm amused that both Pete and Kevin knew Iowa had to be part of the infamous 6-4 game, despite not remembering the game itself. And yes, Rutgers has one more win over Penn State than Maryland (and Indiana for that matter).

Pete: I'm going to guess Iowa are the new guys, but that's only because they have a power conference in-state rival in another conference.

Kevin: I'm fairly certain that Michigan State left and rejoined the Big Ten at some point, so I'll go with Sparty. If I'm right about that, this is a borderline trick question, which obviously makes this entire quiz null and void.

rvc73: I am going to say Michigan State.  If I'm right, I'm applying for Jeopardy, if I'm wrong, then obviously I'm from the east.

2.     With Maryland and Rutgers in the fold, plus affiliate member Johns Hopkins, the Big Ten will sponsor lacrosse next season. Besides these three schools, name two of the other three Big Ten schools with men's lacrosse programs. (Michigan, Ohio State, Penn State)

rvc73: Penn State (Ooh, look at us. We have another sport!) and Ohio State.  I actually watched a PSU lax game on BTN last season.  (I gotta get out more)

3.     As Big Ten members, Maryland and Rutgers also become members of the Committee on Institutional Cooperation. Name the only university that is a member of the CIC but NOT in the B1G. (University of Chicago)

Pete: Complete shot-in-the-dark time, as I truly have no idea. Johns Hopkins?

Dave: The University of Chicago? And I guess, kinda, sorta Johns Hopkins, but they're members in Lacrosse.

rvc73: University of Chicago.  Didn't look, didn't cheat.  I knew it!  The CIC is very important to me.  Really!

Sorry Pete - Northwestern only has a women's lax team. And I'll have to remember Dave's Sparty chant for next season.

1.     What Wisconsin-based fast food chain, known for its frozen custard, Butterburgers, and cheese curds, has several locations in the Midwest? (Culver's)

Pete: Culver's? I'm going to go with Culver's, for the Hawkeyes.

Dave: I've been to Green Bay once and the only butter burgers I know about are Kroll's and they are delicious. As were the fried cheese curds.

Kevin: Cheese Curds 'R' Us? It all sounds delicious and heart-attack inducing so I can't wait to find out the real answer.

rvc73: Butterburgers and cheese curds.  Really?  Oh, Toto, we're not in Paramus anymore.  Do they make the runzas?

2.     What brand of tomatoes and chilies was often made fun of for being a prominent advertiser when Big Ten Network first came on the air? (Ro-Tel)

Dave: ¯\_(ツ)_/¯ But I can tell you it's probably better than the Bojangles commercials Maryland fans are used to seeing on Raycom Sports.

Kevin: I remember seeing a lot of snickering about Ro-Tel on Off-Tackle Empire, so that's my best guess.

3.     What chain of home improvement stores has locations throughout the Midwest and is the third largest chain of its kind in America after Home Depot and Lowe's? (Menards)

Kevin: The answer has to be Ace Hardware, although I'm not entirely sure.

Thanks to rvc73 for doing my job for me! You guys really need to make a Culver's trip next time you're out this way (sadly there are none in Bloomington, but at least we have Steak n' Shake). And if Pete is already making Bielema jokes then you guys will fit in just fine.

Category 4: Indiana-based Questions (This is an IU blog after all)

1.     What early 1990s IU hoops legend, who played his high school hoops in nearby Bedford, was famously recruited by Bob Knight as an 8th grader? (Damon Bailey)

Dave: That would be Damon Bailey

Kevin: I can't even think of a name to guess on this one.

2.     Who hit the buzzer-beating shot to help IU defeat Kentucky in 2011? (Christian Watford)

Dave: Damn it. I can't remember. I had to look it up because it was driving me crazy.

Kevin: Don't remember his name, but he's a forward, right? Had a high-top cut for a bit during his time as a Hoosier?

3.     Final question... What is a Hoosier? Points allowed for creativity. (An Indiana resident)

Pete: A Hoosier is a fancy kind of sock, to be worn only at tailgating events.

Dave: Someone who loses to Maryland in the National Championship game? (Yeah, I know, I get -1,000,000 points for saying it, but it is totally worth it).

Kevin: Oh, I learned about this in history class in grade school. When the United States government decided to usurp the land of the Indians from the natives, they did so with a great sense of superiority, a sort of "who's your daddy" attitude. The great state of Indiana is a tribute to that imperialism, dubbed the Hoosier State. #MURICA #NAILEDIT

rvc73: Wait.  You mean you don't know either?  Actually, it is from the Zombies' 1968 hit, "Time of the Season", where the line, "Who's your daddy, is he rich like me?" is sung.  Indianans didn't like being called Indianans at the time, and also trying to be politically correct, changed their native moniker to Hoosier, since so many people in Indiana were being asked, "Hoosier daddy?"

Well, I laughed at everyone's answers for the last one, so I'm giving you all full credit. Except for Dave... I award you no points and may God have mercy on your soul. But no love for the Wat Shot, guys? And I'd like to refer to him only as "Former Fort Wayne Fury star Damon Bailey" from here on out.

The final scores in this ridiculous challenge were:

Thus, in a squeaker, I declare the winner of the first (and maybe only) Big Ten Trivia Challenge to be... Rutgers! Congrats to the Scarlet Knights. As your prize, you will have Coach Wilson and the IU offense put up 70 points on your team this fall. Enjoy!