For last weekend's IU athletics rundown, join Pat and Vanna as we solve some puzzles about the Hoosiers!

Last week, a Wheel of Fortune college episode featured a student who had a bit of trouble solving the puzzles on the show, leading to a lot of Pat Sajak awkward silences. Naturally, the video of this episode has gone viral in the past few days.

Now that you've watched it, take another look at the contestant's sweatshirt: 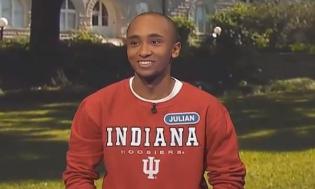 Let's give Julian credit though - as you see at the end, despite the mishaps shown, he ended up winning the game, and walked away with over $11,000. In addition, the opponents he defeated were from Alabama and Texas A&M. Take that, SEC!

So in honor of our fellow Hoosier Julian, I'm presenting last weekend's IU-related sports stories in Wheel of Fortune format. See if you can solve the puzzles! 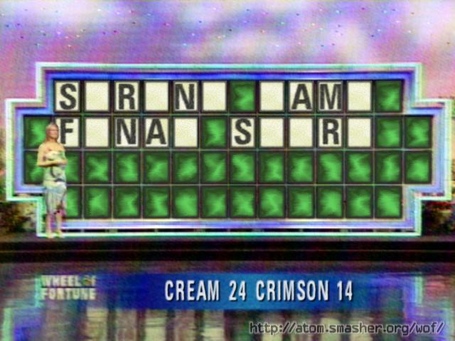 SPRING GAME FINAL SCORE. The Cream and Crimson Spring Game was held on a beautiful Saturday afternoon at Memorial Stadium over the weekend. In the intra-squad scrimmage, Cream defeated Crimson, 24-14. Leading Cream was QB Tre Roberson, who threw for 176 yards and a touchdown, and ran one in as well from 65 yards away. Shane Wynn had five catches for Cream, including the aforementioned touchdown pass. Nate Sudfeld led Team Crimson, going 29-40 with 273 yards and a touchdown and two INTs. The Spring Game also saw the debut of new DC Brian Knorr's 3-4 defensive scheme. While the game didn't seem to answer the starting QB question, it verified that IU's offense should once again be near the top of the conference this season. 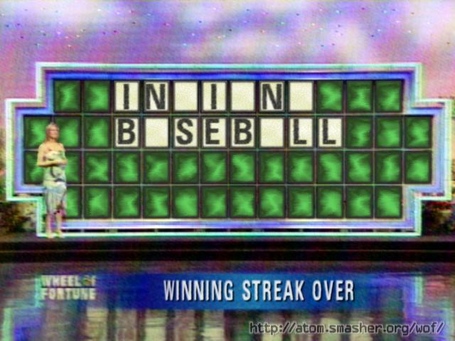 INDIANA BASEBALL. IU baseball's nine-game winning streak came to an end yesterday, as the Hoosiers lost 8-7 to Morehead State. The game was 8-3 heading into the bottom of the ninth, but Scott Donley hit a grand slam with two outs and two strikes to make things interesting. Alas, the 23rd-ranked Hoosiers could not capitalize; however, they still won two out of three against the Eagles over the weekend. The home stretch continues on Wednesday for the Hoosiers (21-11, 8-1 B1G) when they host Western Kentucky, and they resume Big Ten play at home on Friday against Michigan State. 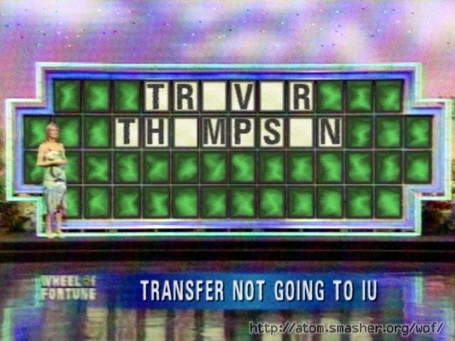 TREVOR THOMPSON. Another big man transfer has spurned IU for THE Ohio State University. This time, it's Trevor Thompson, from Virginia Tech. Thompson, who unlike Anthony Lee has to sit out for a year before returning to play, had previously narrowed his choices down to OSU, IU, and Purdue. 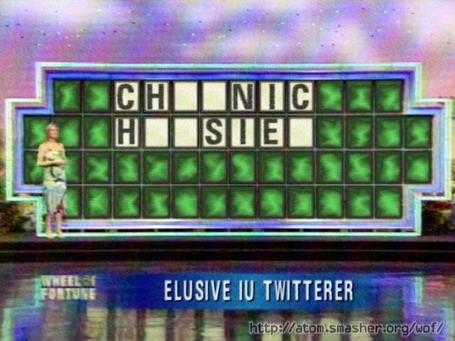 CHRONIC HOOSIER. One of my favorite IU-related Twitter accounts, Chronic Hoosier is able to strike a delicate balance between hilarious, critical, and supportive when it comes to IU athletics. Avi Zaleon's profile of the Twitter man of mystery, who has enough followers to fill Assembly Hall, is a fascinating read. 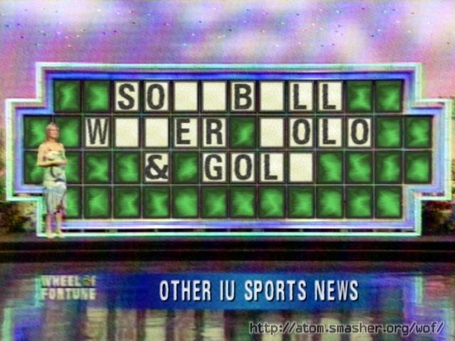 SOFTBALL WATER POLO & GOLF. In other IU Athletics-related news: Softball won 8-7 over Penn State yesterday, as Kassi Farmer hit a walk-off extra-innings single, proving it's not just the football team that can beat the Nittany Lions at home. Water Polo convincingly won the CWPA Western Division championship in Ann Arbor over the weekend, as they swept opponents Notre Dame, Hartwick, and Gannon College. Finally, men's golf hosted and won the NYX Invitational over the weekend, defeating 13 other teams with a one-over-par 285. The closest competitor was Michigan, who finished 12 strokes behind the Hoosiers.