The teams: The "UNL, not NU MaizeShuckers" (aka the Nebraska Cornhuskers), and your Indiana Hoosiers!

What's at stake: For both teams, a potential bubble berth in the NCAA tournament. And, especially now that Michigan has clinched the conference, momentum, which might carry into the last game of the regular season.

What does Herbie say: 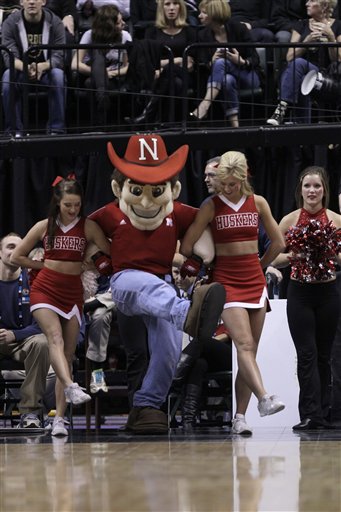 (If nothing else, the man is flexible.)

The current mood of IU fans right now, judging solely by the iubb hashtag: Ready for Senior Night, but keeping an eye on other potential bubble teams.

How important is this game on the usual scale: 9.75

How important is this game in one word: Fairly

Over/under number of nets Coach Crean would cut down if we won this game: .75

My completely biased, barely researched analysis: Nebraska wants this game just as much as we do, for the same reason we do. This could be a fantastic game, this could be a very sloppy game, and it could be anywhere in between. If everyone is healthy and ready to go, Indiana does have the additional motivation of paying Nebraska back for blowing the game at the Bank earlier in the season. HMP is all set to blow 87's mind if need be. And don't forget your lucky White Russians during the game, everybody!