The teams: The Champaign-Urbana Indigenous Peoples (aka the Illinois Fighting Illini), and your Indiana Hoosiers!

What's at stake: For the winner, a game against Michigan on Friday. For the loser, poring over NIT projections, hoping to find a place for themselves, and praying to not get stuck in the CBI or CIT.

What does the Orange Krush say: 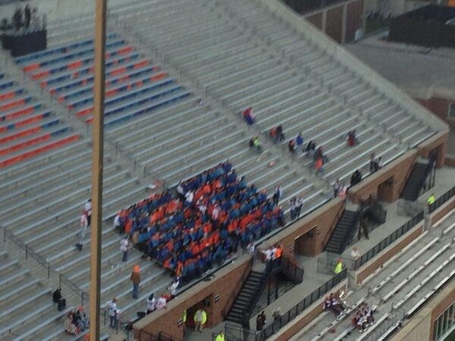 (Hopefully something better than this. Or maybe not.)

The current mood of IU fan right now, judging solely by the iubb hashtag: We're ready for this game. Let's just hope the team is too.

How important is this game on the usual scale: 9.99; we have to win to still hope for the NCAAs, but it's not the national championship.

How important is this game in one word: Extremely

Over/under number of nets Coach Crean will cut down if we win this game: 0.5 (take the under)

My completely biased, barely researched analysis: These teams split the season series, each taking the home game. Indiana had a shot in Champaign before falling in overtime, while the game in Bloomington was a much more comfortable Hoosier victory. This is probably a close game no matter who wins, and if it turns into a blowout, that probably doesn't mean good things for the Hoosiers, unless it does. That's just the kind of season we've had in 2014.