The teams: The Twin Cities University Goofers (aka the Minnesota Golden Gophers) and your Indiana Hoosiers!

What's at stake: For both teams, building momentum towards the end of the season, and positioning in the Big Ten tournament. For Minnesota, breaking their current three game skid. For Indiana, showing some actual consistency and proving that they can beat good teams away from home.

What does Goldy say: 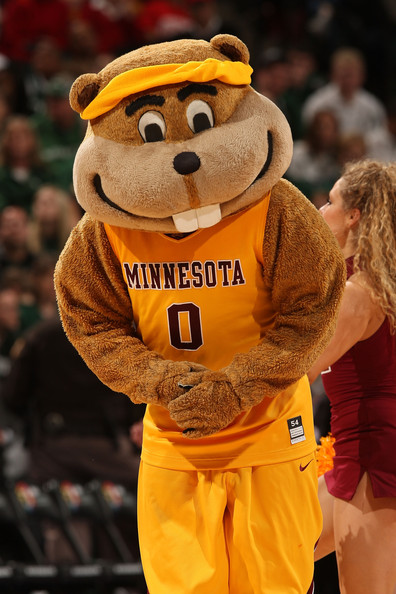 (If Goldy has to play, hopefully it's for a Hoosier blowout, and not a Minnesota one.)

How important is this game on a scale of 1-10, where 1 is an exhibition game and 10 is the National Championship: 7.5; desperate enough that it feels like a must-win, but doesn't completely kill the season if we lose.

Over/under number of nets Coach Crean will cut down if we win this game: 1.25

My completely biased, barely researched analysis: Indiana's best win away from home is beating Washington in MSG. Indiana's best/only true road win is at Penn State. It would go a long way towards breaking the notion that IU can't win away from Assembly Hall if the Hoosiers win in the Barn. Minnesota is a team in trouble, and they're hosting a night game at home. Also, there's that raised floor that always seems to screw with people just a little bit. I'm not really sure what to make of this game, because I'm really not sure what to make of either team.