The teams: 'Sconnie's own Fighting Bo Ryans (aka the Wisconsin Badgers), and your Indiana Hoosiers!

What's at stake: For Wisconsin, solidifying their stop in the top echelon of the B1G. For Indiana, still pride at this point, but if enough good things happen, we'll talk.

What does Vegas say: Opened at Wisconsin -10, hasn't moved as of this writing.

What does Bucky say: 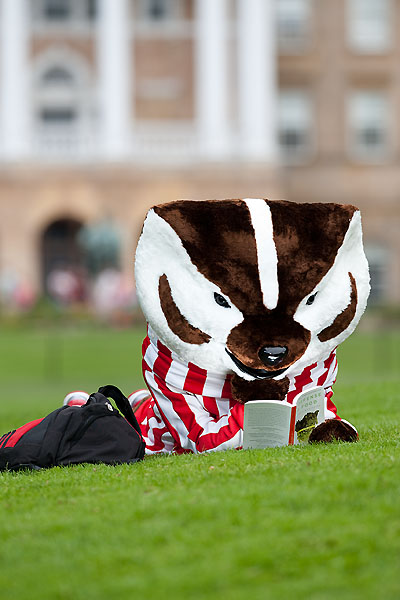 The current mood of IU fans right now, judging solely by the iubb hashtag: Lots of talk about offering class of 2016 power forward Caleb Swanigan, a little talk about beating (or needing to beat) Wisconsin.

How important is this game on the usual scale: 9.7, only because it's a regular season game. Nearly earned a 10.

How important is this game in one word: Extremely

Over/under number of nets Coach Crean would cut down if we won this game: All the nets Marquette University owns.

My completely biased, barely researched analysis: Wisconsin is coming in on a big winning streak, though they do have 5 losses on the season, one of which is the prior meeting this season. Of their losses, three of the other four came in the Kohl Center, so while it is still unlikely that IU will win this game, it's not as impossible as it usually is to win in Madison. If IU can win the rebounding battle, and hold down their turnovers, they might sweep the Badgers for the first time in a very long time.