The Hoosiers are welcoming the Mean Green of North Texas into Memorial Stadium looking to avenge a 2011 defeat at the hands of Lance Dunbar. The Hoosiers will also look to avoid contracting Ebola from a roster that is SURELY RIDDLED WITH IT.

Tickets? From $40 through Indiana's website, and from $19.26 through Stubhub.

Yeah, I know. Last week was pretty much the worst thing that has ever happened in the history of the planet. The team is bad, the conference is bad, the sport is bad, everything is bad bad bad, the Hoosiers will never be good at football, etc.

No one can possibly defend how bad the team looked in what should have been an uplifting encore to their massive upset over Mizzou in Columbia. Instead of keeping their coming-out party going, the Hoosiers failed to do anything well in just about every phase of the game, save some long, accurate kicks from new cult hero Griffin Oakes.

Well, he's not a cult hero yet. But wait until he gets put through the Photoshop machine. 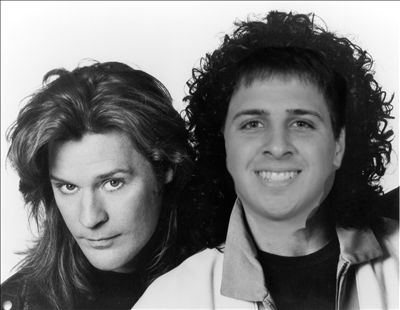 That oughta do it. HALL AND OAKES!

North Texas should (and I really can't emphasize the word "should" enough) be a pretty easy team for the Hoosiers to dispatch of. It takes no deep analysis of the schedule to see that a game against a team of this caliber is a must-win if the Hoosiers want to get into the postseason for the first time since 2007. A cursory look at North Texas' metrics reveals a team that is woefully low in a lot of statistical categories, and they'll be playing on the road as well. This is a team far different than the roster that won nine games and the Heart of Dallas Bowl last year.

Show me those FIVE FACTORS

It's fairly evident that Indiana, for all their struggles, are outclassing North Texas by a sizable margin in 3 of the 4 factors that data is available for. North Texas is more explosive, but that isn't entirely surprising given that Indiana is one of the least explosive teams in the country through five weeks. The Mean Green aren't nearly as explosive as Maryland, and even more inefficient.

But, as we learned on Saturday, trend statistics are not results. This just helps frame the discussion, and the statistics show a North Texas team that will struggle to move the ball or stop the Hoosiers from doing so. Defensively, the Mean Green are 89th in Defensive Success Rate (efficiency) and 58th in Defensive IsoPPP (explosion), culminating in the 118th overall defense according to S&P. Combine that with their 124th ranked offense and it's not difficult to see why the Hoosiers should probably dominate the Mean Green, even with their thoroughly average 59th ranked offense and 68th ranked defense.

Though it bears repeating: if the Hoosiers come out and play like they did against Maryland, they'll struggle to beat any team in the country. Regardless of what the numbers say, the Hoosiers are certainly in no position to assume victories take care of themselves. These are games that must be won. No excuses.

Is Lance Dunbar still on this team?

While seeing that name will likely trigger some war-esque flashbacks for many Hoosier fans, I'm happy to report that Lance Dunbar is now playing for the Dallas Cowboys and probably can't rejoin the Mean Green for this game.

North Texas turned their offense over to a new quarterback in their last game against Nicholls State. Dajon Williams not only offers a badass name but also the ability to beat your defense with his arms or his legs. While Nicholls State is, by no means anything close to legitimate competition, Williams threw for three scores and ran for two more, showing that he has the ability to run or pass to score points. And scoring points is a big responsibility for quarterbacks. #analysis

Reggie Pegram and Antoinne Jimmerson shoulder a lot of the offensive load in the run game, each averaging around 4 YPC. Neither back gets used in the passing game to any great extent, and really the entire passing game has been anemic prior to Williams dismantling of Nicholls State, which won't be counted in their advanced metrics. So it's entirely possible that the Mean Green can vastly outperform their offensive S&P ranking now that Dajon Williams is at the helm.

Also, if you're looking for a reason to hate the Mean Green, their running back Reggie Pegram committed the unforgivable sin of playing for the Purdue Boilermakers to begin his collegiate career prior to transferring closer to home.

I READ THAT NORTH TEXAS IS AN EBOLA-RIDDEN WASTELAND.

We here at The Crimson Quarry do not want to see the discussion devolve into a bunch of baseless, fear-mongering accusations but this is absolutely true. It was the basis for the hit 1995 movie 'Outbreak' which a lot of people may not realize, but the proof is on the movie poster itself: 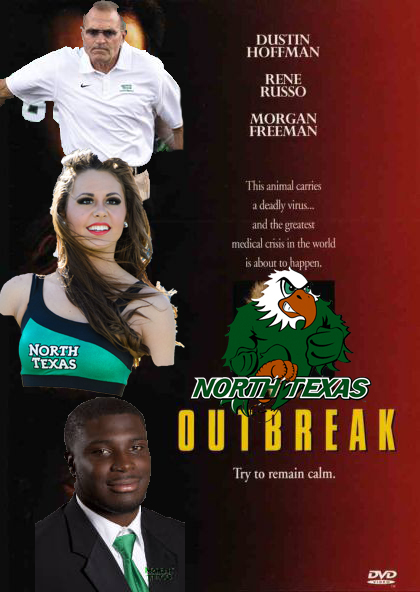 What's wrong with our offense?

It begins and ends with the passing game. Nate Sudfeld is having some serious growing pains as he adjusts to life after Cody Latimer and Kofi Hughes. He seems to be locking into his first read and when they aren't open, he struggles to make things happen after that. He had a couple of heady runs to get first downs against Maryland but him taking off upfield isn't usually conducive to Indiana staying on schedule.

Obviously the offense revolves around the running game, as it should with talented backs like Tevin Coleman and D'Angelo Roberts, but receivers must get open and Suds has to be able to find them if this team is going to score points against B1G opponents. If the passing game struggles against the Mean Green, it'll be time to sound the alarms. I'm personally curious to see if J-Shun Harris II, Simmie Cobbs and Dominique Booth get some extended run in this game to try and inject some life into a passing game that flatlined against the Terrapins.

I'd also love to see more plays designed to get Shane Wynn in space. He has played outside almost exclusively this season and I firmly believe he is being miscast and underutilized in that role. Kevin Wilson has said there has been no thought given to moving him back into the slot, but I can't imagine they wouldn't at least consider it. If not, they must try and create space for the little bottle rocket, because any threat in the passing game will just make things easier for the running backs.

We must get back to #VICTORYBANKIN' and it starts this week.