Ed note: Today we return to your regularly scheduled CQ programming -- our weekly HATER'S TRAVEL GUIDE. As always, all of these facts are completely made up and you should take them as such. Well, most of them, at least. We have nothing against you, North Texas. Don't take it that personally. Oh, and remember, #LetHerKick.

It's WEEK FIVE of the Hoosier football season and the fourth installment of everyone's favorite CQ feature: THE HATER'S TRAVEL GUIDE. Last week, we learned that there are multiple College Parks and having gobs and gobs of money and an unending pot of uniforms from one of the world's largest athletic apparel companies should probably make you better at winning football games than other team. BUT WAIT A MINUTE. 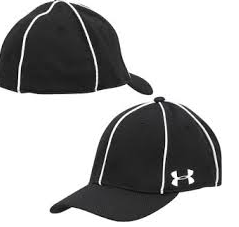 OFFICIALS IN YOUR BACK POCKET? LOOKS LIKE WE'VE FOUND THE SMOKING GUN HERE, MARYLAND. SMH

Moving on. THIS WEEK: NORTH TEXAS.

What is a North Texas?

Great question, because this is something people ACTUALLY LIVING IN NORTH TEXAS can't understand. For those living in Dallas, Fort Worth, or the surrounding area, North Texas is a synonym for the Metroplex -- which is the most Dallas thing ever. Last week, some dude told me he was from "North Texas" and he couldn't understand why I found this incredibly unspecific. NO WORRIES. Microsoft Paint is here to explain! 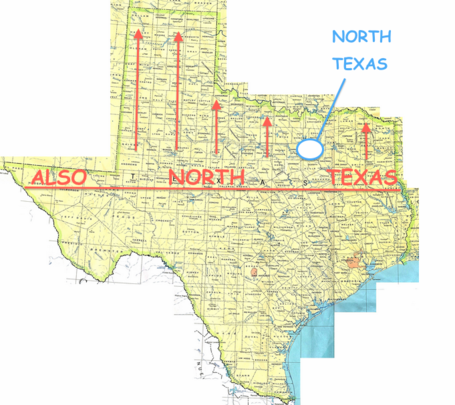 All of this comes back to the LOOK AT ME nature of the Metroplex. No city does self-importance like Dallas.  Forget Texas secession, deep down in its heart the Metroplex wants to be an independent city-state. Dallas-folk would legitimately defend this stance, "Well, yanno, we've got oil wealth and such a football recruiting base, DEFINITELY SOME SIMILARITIES TO SPARTA IMO." Dallas is PFT Commenter in a cowboy hat.

(Disclaimer: The University of North Texas is in Denton, which is kind of Dallas, but not really. Whatever.)

Are there any famous folks from North Texas? (like, the actual school?)

Actually yes! Many dignitaries are MEAN GREENS. Such as: 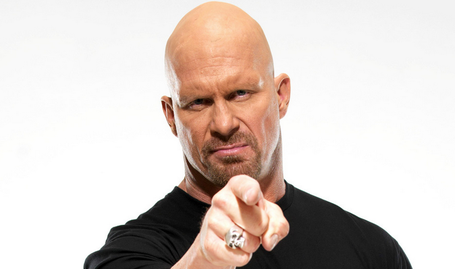 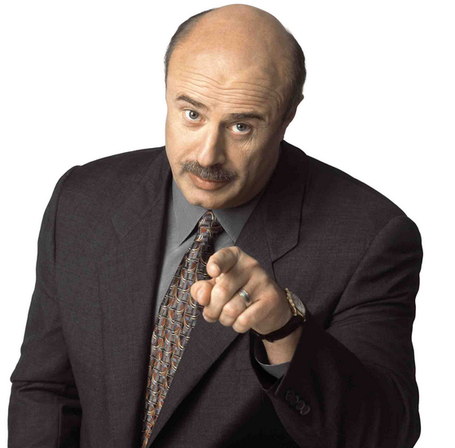 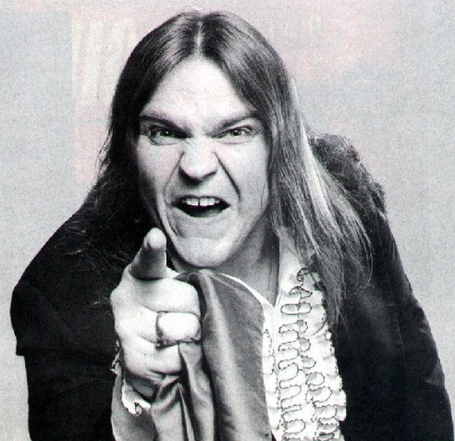 There are no jokes here. You're welcome for your next season ticket campaign, North Texas Athletics.

How do I get to North Texas?

Well, we would presume you would take a flight from whererever into Dall--OH GOD NO WAIT LET'S NOT DO THAT.

What is there to do for fun in North Texas?

Nothing. Nothing positive or good has come out of the Metroplex, ever. Here's a partial list of DFW's contributions to American society:

WHAT CULTURE THE DALLASIANS HAVE PROVIDED US. Don't go.
Is there any good eatin' in North Texas?
Granted, there's no reason to panic about Ebola. With common precaution, most Americans will not be in danger. Check out this chart our friends at Vox made: 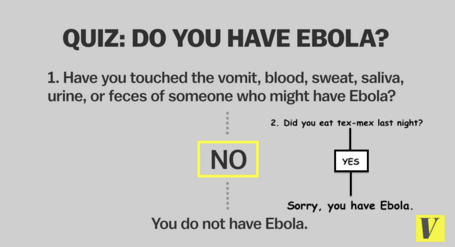 But, really. Sit down. Let's have a talk about Tex-Mex.
Yeah, I too enjoy the occasional Tex-Mex dish, fajitas, chile con whatever, sure. But it's just not worth it. The human body was not created to eat Tex-Mex regularly, if ever. But we still do it, because instant gratification and short memory. Walking out of the restaurant you feel good. Nice and full, a little buzz from your frozen margarita (which is a waste of a perfectly good regular margarita), you think you're in for a good night. Yet, little you remember, that three hours from now you will be aroused from sleep with the heat of one-thousand suns burning behind your breastbone. Tex-Mex is the heartburn from hell. Quetzalcoatl's vengeance for dudes like JR Ewing butchering the food of his native land. You could eat a friggin' Tums factory -- it still won't go way. Soon, you'll lose 15% of your body weight to unending night sweats, get no sleep, and wake up the next morning swearing off Tex-Mex forever. Until the next week. Rinse, repeat.