A Hoosier has received pre-season national attention for the second year running as Ted Bolser has been named to the national watch list for best tight end in the nation. If given the opportunity to catch passes he could make some noise during the season.

IU's Ted Bolser made the John Mackey Watch List for the nation's top tight end. Bolser had a less successful than expected season last year while fighting some nagging injuries. He still finished second team All-Big Ten by 247Sports, first team by BTN.com and honorable mention All-Big Ten by the coaches and media voters. I expect him to be a little healthier this year and get used in a more attacking role. As you'll here on the podcast I did with TheB1GTime.com later today, I think Bolser can be a top 15 tight end in the nation this year. This watch list at least justifies that I'm not completely crazy with that prediction.

See below for the full list released by the Mackey people this morning. For a more national perspective on this list take a look at sbnation.com's post on the topic. 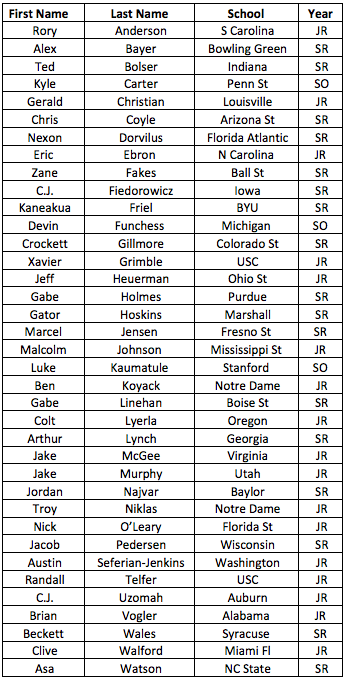