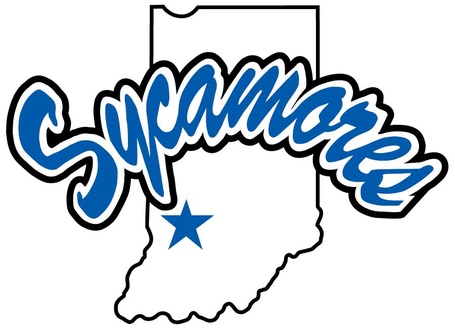 It's been a nice offseason, strolling down memory lane with some of the more successful basketball teams in IU's history, and reveling in last season's success while looking forward to what could be IU's best basketball season in decades. But it's now mid-July, which means that the preview magazines are reaching the shelves and fall football practice is just a few weeks away. It's now time to turn at least part of our attention to the 2012 IU football season. The 2011 season, the first of the Kevin Wilson era, did not go well. The Hoosiers finished 1-11, went winless in the Big Ten for the first time since 1995, and failed to defeat an FBS opponent for the first time since 1984. There were glimmers, Tre Roberson most prominently, but the defense was a tire fire. We'l have much more to say about the Hoosiers themselves as the season approaches, but for now, we will begin taking a look at IU's opponents in the same order that they are scheduled.

Year two of the Kevin Wilson era begins with the fourth meeting between IU and Indiana State. The first meeting, in 1925, was a 31-0 IU win, and the Hoosiers have dominated the two modern era games against the Sycamores, winning 33-3 in 2003 and 55-7 in 2007. Any game between a Big Ten program and an FCS program should be a comfortable win for the Big Ten school, but the ISU program that the Hoosiers will face Labor Day weekend will be in much better shape than what they faced in 2007. That 55-7 IU win was ISU's fourth loss in what became a 33-game losing streak. From 2005 through 2009 (the three years of Lou West's tenure as head coach and the first two years under current coach Trent Miles), the Sycamores were 2-44. Nevertheless, Miles, a Terre Haute native and ISU alum who spent time as an assistant at Notre Dame, Stanford, Okahoma, and the Green Bay Packers) seems to have turned things around. After going 1-23 in his first two seasons, Miles has led ISU to 6-5 records in each of the past two seasons, the Sycamores' first winning seasons since 1996.

The Sycamores' most dangerous player is Shakir Bell, a junior running back from Warren Central in Indianapolis. Bell ran for 1670 yards and 14 touchdowns last season, won the Missouri Valley Conference's offensive player of the year award, and is among 20 players on the watch list for the Walter Payton Award for the top player in FCS. Don't forget that IU was ranked #118 of 120 FBS teams last year in rushing defense. Two of the Sycamores' defensive players, senior defensive end Ben Obaseki and senior linebacker Aaron Archie, are on the all-American watch list. The Sycamores will be breaking in a new quarterback, and lost two of their top three receivers. Ronnie Fouch, the only QB who attempted a pass last season is gone. WR Donald Spencer is the only receiver who made an impact last year who returns. At this time in the year finding information on FCS teams can be a challenge. At ISU's spring game, senior Travis Johnson and sophomore Mike Perish received most of the snaps. According to the ISU website, nearly every starter returns on defense, and the Sycamore spring game was a 7-0 affair, with a interception return for a touchdown by Archie accounting for the only scoring. On special teams, it appears that the Sycamores will be breaking in a new placekicker, but their punter, Lucas Hileman, returns.

Obviously, this should be a win for the Hoosiers, but the Sycamores will be a much more formidable foe than they were in either of the prior meetings between IU and ISU over the last decade. The worst part about playing FCS opponents is that even a blowout win isn't necessarily a sign of anything good, but a bad performance, even in a win, can be cause for concern. In this one, seeing how the Hoosiers' porous run defense handles Bell will be the key thing to watch. Still, for a program with only one win last season, any sort of win will be welcome.