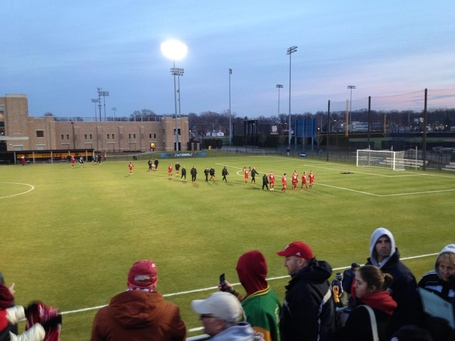 No. 16 Indiana faces off against #1 Notre Dame. It's game time, it's cold, and IU fans outnumber the Domers here at their house, 2 to 1. Updates to follow in the comments. Damn it's cold out here. 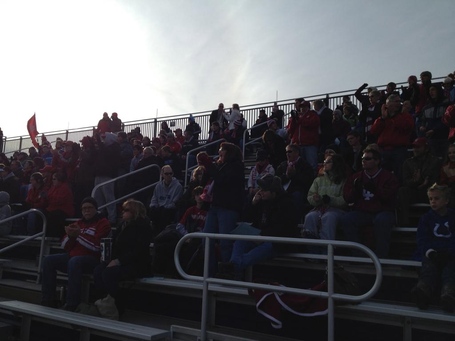 What a game! This was a classic tournament match-up, 16-seed IU against the top-seeded Irish. I showed up to find a crowd that was almost 2:1 Hoosiers to Irish fans. The big tailgate was set up just like any home game, and families of Hoosiers seem to flock in from around the region. In the crowd were also high school friends of Femi Hollinger-Janzen, the Hoosier from Goshen.

The first half was a scoreless tie. IU outshot Notre dame 13 to 5 and also seemed to be crisper and more adept at ball handling and maneuvering. IU defenders were constantly stealing away balls from Notre Dame on the dribble. Notre Dame players were also quite chippy early on, with many fans around me complaining about the lack of yellow cards given out.

The second half saw Notre Dame draw first blood in the 53rd minute, which got the crowd going loud on both sides. IU answered 56 seconds later with a goal from Nikita Kotlov to knot the score at 1-all. Notre Dame was more animated in the second half, equalling IU in shots with 9 each. ND thought they had scored the game winner with about 10 minutes left, but the goal was waved off because of a foul in the box (though all the ND fans around me thought they had been called offsides for the fourth time, and would not shut up about it).

The first OT period passed with some near-misses by both teams, but it took barely a minute in OT 2 for Eriq Zavaleta to put his shot home with the assist from Kotlov. The place just exploded. It was as though Indiana was at home, except with fewer drunks, no Crabb Band, and fewer public intox violations, mostly because there were lots of children about and people were showing some decorum. This was a dream tournament game, with both teams playing a great game of footie and a great crowd turning out to support both teams. Coolest part of the game: hearing the rumble of hundreds of stamping feet on aluminum bleacher floors during corner kicks as each fanbase, on either side of the bleachers, tried to make noise for their team. 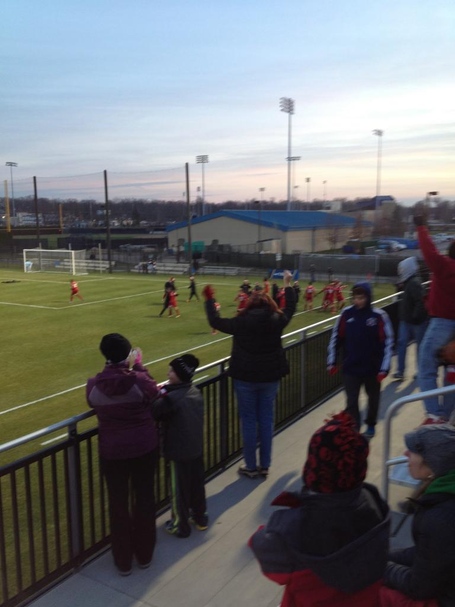 Above: Exultation after the golden goal. Below: Hoosier nation 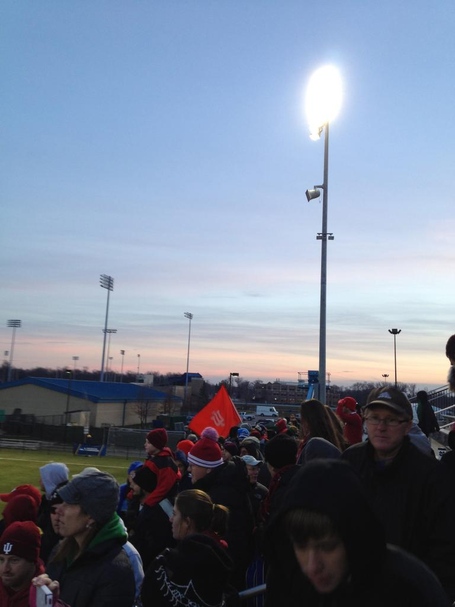