I'm sure it's tough to work at the Indianapolis Star.  A shrinking circulation, a smaller staff, mandatory unpaid furlough days, and other indignities are, from what I read elsewhere, realities of modern newspaper work.  And as the proprietor of an IU blog, I know that it can be tough to come up with story ideas in the middle of May, with athletes and coaches away from campus, spring football a distant memory, and fall practice far in the horizon.  All that said, today's Star story about IU's lack of a mascot...well, it's obviously a slow news day.  I would love to know the genesis of the story and where and how Terry Hutchens found these folks. I can't remember the last time I had a conversation with an IU fan about the lack of a mascot.  Usually, it arises in conversations with those who aren't IU fans: "What's a Hoosier?"  "Why don't you have some large-headed cartoon character roaming your sideline?"  I guess I will give Hutch the benefit of the doubt and assume that this is a big controversy in some part of the IU fan base.
As Terry notes, IU has employed character mascots in the past.  Click through to the Star article to see the pictures.  In the 1960s, IU had a bison mascot.  While bison are no longer found in the wild in Indiana, they were common when European settlers first lived in Indiana and a bison is depicted on the state seal of Indiana.  I'm serious, you really have to click through and look at this bison mascot, which might be the most disturbing thing I've ever seen.  It's a black and white photo, so perhaps I'm not seeing everything correctly, but it looks like front legs and head of a bison completely dismembered from the rest of the bison at the shoulders.  No human arms are apparent, and the cheerleader is leading him around with a rope.  Somehow, the kids never warmed up to this guy.  Amazing.   Still, the bison character didn't go away entirely.  The bison figures prominently in the merchandise and logos of Nick's English Hut, the bar near IU's campus, and as a kid in the early 1980s, I remember seeing a white bison on official IU merchandise.

I don't know when the bison disappeared from the scene but in the late 1970s, "Hoosier Pride" made a better known and more controversial appearance.  Terry has a picture of him in the Star story as well, and here is another, in full, disturbing color:

I believe, but cannot prove, that the person modeling the big head in the photo above is Chuck Crabb, IU basketball PA announcer and athletic department jack-of-all-trades.  He was a source for the article in which the photo appears.  It's probably for the best that Hoosier Pride did not survive.  It would be hard to explain why Don Imus is our school's mascot. 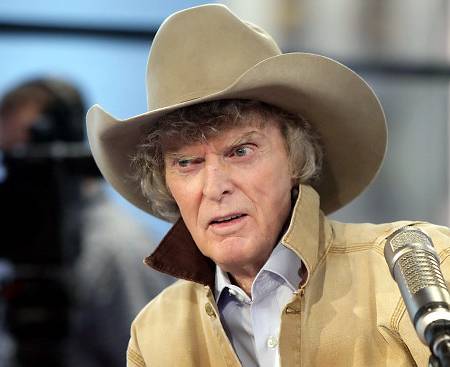 Am I wrong?  In any event, it appears that IU alumni and fans did not appreciate being depicted as rustics, and the mascot disappeared quickly, and the Hoosiers' sidelines have been mascot-free for at least 30 years.  More recently, IU fans may recall that during the short tenure of athletic director Michael McNeely in the early 2000s, part of the process that led to the standardization of IU's colors and logos (a big success, in my opinion)  was a study designed to develop a mascot, but that plan was ultimately abandoned.  In my experience, most IU fans are perfectly content without a mascot and don't consider the viewing experience to be diminished because of the absence.
Hutchens quotes a local businessman named Jim Gearries as supporting the following:

Gearries' idea is for something fun to depict a Hoosier. He envisions a figure wearing blue jeans and suspenders, carrying a peach basket with a basketball and a corncob pipe who would be called Hurryin' Hoosier Harry.

"He can look like a hillbilly, a hick, but basketball is the bottom line," Gearries said. "When you think of hicks, you think of country boys that are out in the backyard shooting baskets. Even if it's a peach basket on the side of a barn."

Gearries doesn't buy the argument that it's tough to depict a Hoosier. He said Purdue had the same problem with a Boilermaker years ago when it came up with Purdue Pete.

"But somebody was thinking, they put something together, and it has become iconic," he said. "It has a large head, those big eyes and a big Thor hammer on his shoulder. I think that's what IU needs to do. It needs something similar but, of course, in a different way."

In other words, the idea takes the rejected Hoosier Pride idea and dials it up to 11.  It's really hard to express how wrong-headed this idea is.  First, it's been obvious for decades that IU alumni don't want to be portrayed as rural rustics.  Second, this mascot is supposed to be a symbol of all IU athletics, and this guy wants to focus solely on basketball.  This idea seems to enhance all of the worst stereotypes about the state of Indiana.  I don't think depicting something as amorphous as a "Hoosier" is quite the same as depicting a Boilermaker.  A Boilermaker, after all, is someone who literally makes boilers.  It doesn't seem that hard to get from there to what Purdue has.
I have a hard time believing that there is some huge groundswell for a mascot.  My preference would be the status quo.  Michigan seems to me doing just fine without one, for example.  If IU ever decides to go down this road, I tend to think an updated Bison would be the way to go.  But it's far from a necessity.  By the way, on the Crimson Quarry's Facebook page, I learned today that someone is trying to advance the idea of Rocko Hoosier, which appears to be an anthropomorphic rock.  Well, it can't be a worse idea that Hoosier Pride or Hurryin' Hoosier Harry.