First, the stadium.  This is a minor change, but in this picture, both along the bottom of the pressbox and along the top ring of the stadium, are red diamonds, for lack of a better term.  I'm not sure what led to this, but it's fine.  Also, you can see the new graphics at field level.  Lots of limestone and quarry imagery this year.  I'll take credit: 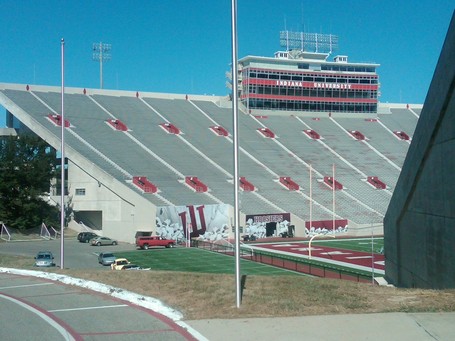 Below is another look, from the stands.  Nothing profound, and I forgot my good camera, but this gives another look.  Another thing you see in the photo below is that there are plenty of athletes on the field, but they aren't football players.  The installation of the all-sport weight room in the stadium really has made it the heart of the athletric department.  During the short time I was there earlier in the week there were dozens of non-football athletes coming and going: 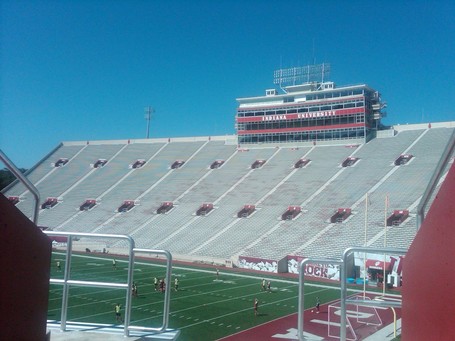 From the stands, you can see a couple of new elements.  First, and most obviously, the new scoreboard.  Again, as has been reported, the entire board is made up of screens, so there are no permanent locations for names, labels, and so on.  The basic structure of the old scoreboard, which was installed in 1999, remains, including the pillars.  But the guts and the display all appear to be new.  Finally, block I enthusiasts can rejoice.  Below the scoreboard is a floral block I.  Looks good.  I'll leave it to old timers to tell me if that was used before, say, before the old bleachers were installed in the 1970s: 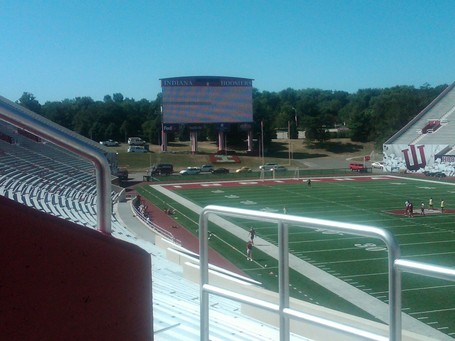 Here's a closer look at the scoreboard itself.  As you can see, there is still some construction work ongoing, but for the most part, the display seems to be finished.  You can barely make it out if you click on the larger photo, but each of the visible "squares" is a tiny screen, and on this day they were numbered consecutively: 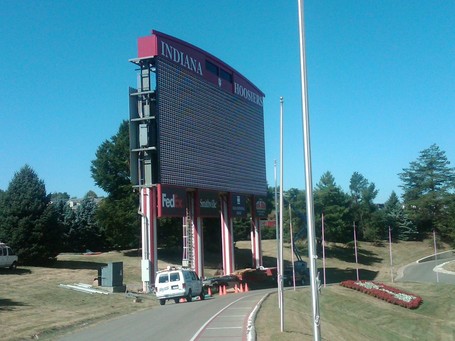 A few weeks ago, I photographed the wrought iron fence around the east side of the stadium.  In addition, the ticket windows/box office now have been surrounded with a more ornate gate: 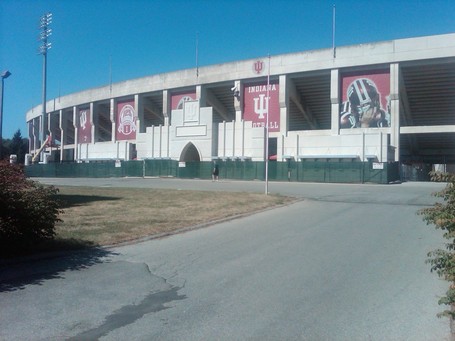 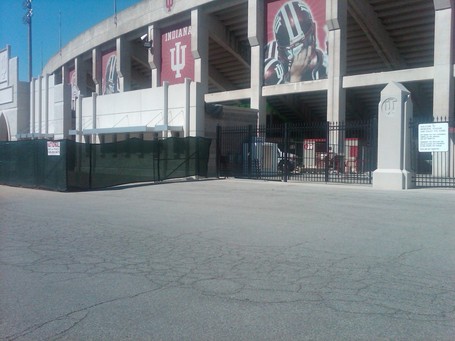 These changes are much less dramatic than what I documented last year, but the athletic department continues to pay attention to the little things and continues to transform Memorial Stadium into a first class, modern facility.