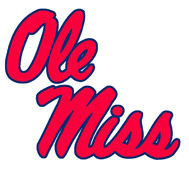 For the first time this season, the Hoosiers will play a team from a BCS conference, the Mississippi Rebels.  Until the late 1990s, the Rebels' only NCAA Tournament appearance had been in 1981, but in 1997, Ole Miss began a nice run, qualifying for the tournament 5 times in 6 years from 1997-2002.  They haven't been back since.  Current coach Andy Kennedy, perhaps best known as the interim coach who succeeded Bob Huggins at Cincinnati, is now the coach at his alma mater.  Kennedy led the Rebels to the NIT in his first two seasons, including a run to New York in 2008, before taking a slight step back.

Kennedy's first three Mississippi teams all have been very efficient offensively, ranking in the top 70 in Division I in points per possession.  The 2009-10 team has been quite effectively offensively in its first two games, breaking the 90 point barrier in both games and averaging 1.20 points per possession so far, good enough for #26 nationally.  Kennedy's first two teams ranked in the top 20 in offensive turnover percentage (meaning their percentage is very low) and have turned the ball over on only 12.8 percent of their possessions this season against Arkansas-Little Rock and Alabama State.  Defensively, Kennedy's teams have been more pedestrian, but the turnovers appear to be the biggest red flag before tomorrow's game.

As with so many IU games over the last two years, I don't know what to expect.  Mississippi was a decent team last year, but returns plenty of experience.  Because of the Rebels' ability to take care of the ball, something this year's team has done and something that has been a trademark for Ole Miss in the Kennedy era, I'm concerned that the Rebels will gain too much of an advantage in that category.  On the other hand, by the numbers, Mississippi hasn't been an overwhelming defensive team.  We'll know much more about the Hoosiers 24 hours from now.