Terry Hutchens reports sad news today: William Gladness, a junior college transfer who played for IU in 1997-98 and 1998-99, has died. Here's a link to an Arkansas Democrat-Gazette article with some additional detail. Gladness came from a really tough background in West Memphis, Arkansas, and I have to admit that when I read of his death, I feared that perhaps that background had caught up with Will. The answer is more complicated. Gladness died of some sort of bacterial infection, apparently worsened because his spleen had been removed after he was shot while in high school. Nevertheless, after such a tough beginning, it does seem that Will had done well for himself after a brief pro career in Europe:

He eventually settled in Fort Smith, where he organized an AAU basketball team made up primarily of players who didn’t play much, if at all, for their high school teams. He continued that after moving to Northwest Arkansas in 2001 to work at the Ozark Guidance Center, where he taught preschool children with emotional or behavioral problems.

Oddly enough, he is the second member of the 1997-98 team to die. Jason Collier, who played nine games for IU in that season before transferring, died of a heart defect in 2005. 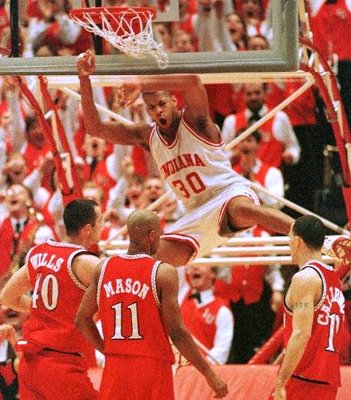